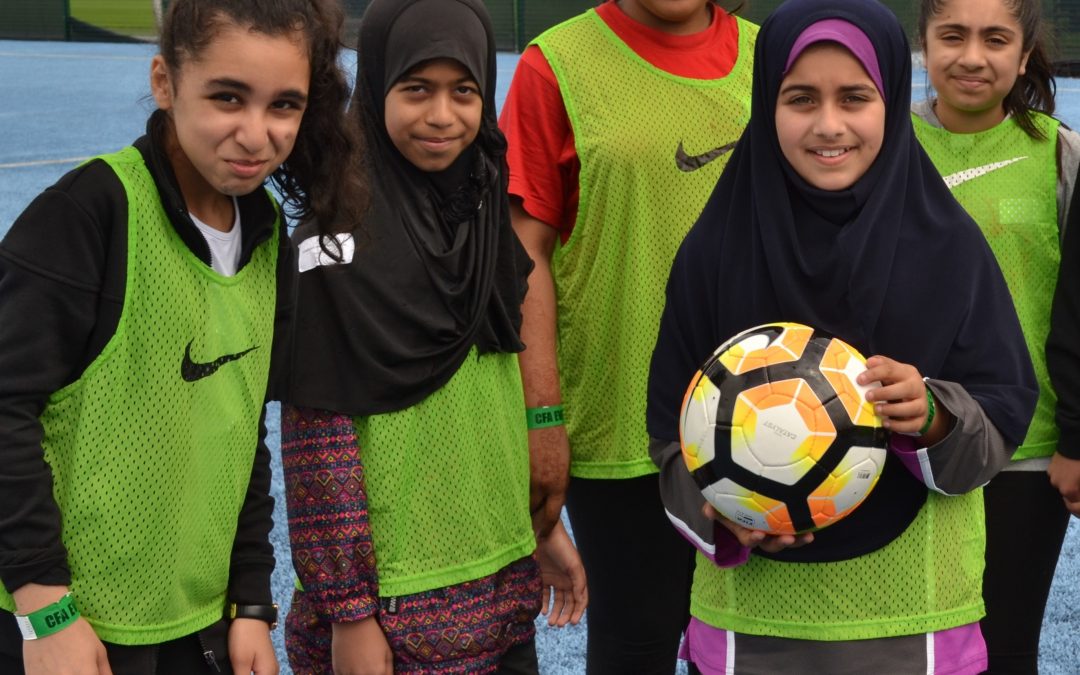 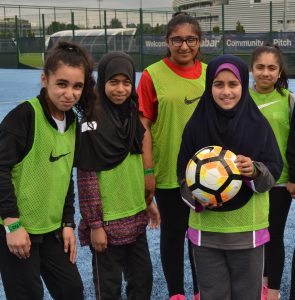 Pupils came together for the first time at coaching and teambuilding days at Manchester City FC’s City Football Academy.

Coaching and teambuilding activities allowed pupils from Eden Girls’ Leadership Academy to meet their classmates and begin to form friendships, ahead of our school opening its doors in September.

Pupils were also treated to a tour of the Etihad Stadium, including the players’ changing rooms and conference room – and even got to sit in the VIP pitchside seats.

“Our induction days brought pupils together without their parents for the first time to get to know one another, form friendships and meet their teachers.

“Pupils took part in a variety of football coaching activities designed to get them communicating and break down any barriers to help new friendships form. It’s safe to say that our induction day was a success and pupils went back to their primary schools with new friends, happy memories and enthusiasm for beginning their secondary school journey with us in September.”

“I wasn’t sure I would make any new friends, but I have. Playing games together was fun and I enjoyed the day.”

Both schools are getting ready to open in September 2017.

“To be involved with the new schools from their inception is incredibly exciting for me as Principal. I am very much looking forward to welcoming our pupils and their parents, plus our team of school staff, into the Star family.”