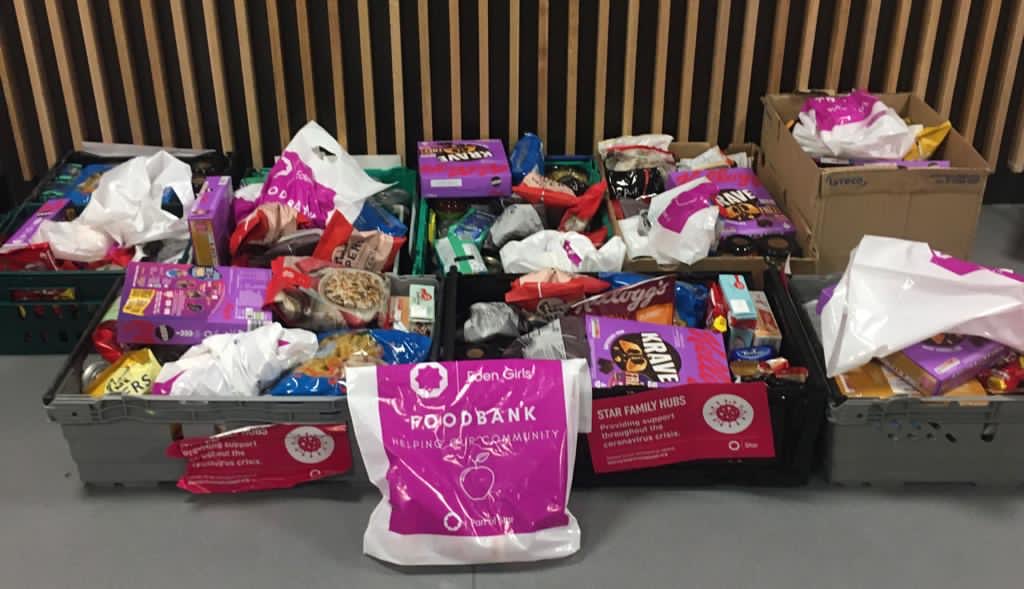 Pupils and staff at Eden Girls’ Leadership Academy, Manchester have been working to spread festive goodwill and cheer to vulnerable people in Manchester.

This month saw the launch of the school’s annual Festive Winter Gift campaign, which aims to raise funds and collect items to bring comfort to those facing hardship.

The school was filled with activity as pupils gathered items and partnered up with local charities to help fund winter packs for vulnerable people in Manchester.

The winter packs, which contained a hat, gloves, scarf, hand sanitiser, mask, toothbrush, toothpaste and a blanket, were distributed to local charities in draw-string bags.

The caring pupils also held a bake sale where they sold a range of cakes and sweet treat, which raised £500 in less than two hours.

From 7th to 13th December, the school joined with other Star Academies schools to take part in ‘Food for All Week’. For one week, 29 schools across the Star Academies multi-academy trust aimed to distribute 50,000 food parcels and meals to those experiencing food poverty. Pupils contributed to the drive by packing food and treats into hampers to offer support to those seeking help from shelters and local charities.

The school made donations and gave contributions to local homeless charities, The Mustard Tree, Barnabus, Booth Centre and Coffee4craig.

She said: “This year has been incredibly difficult for many people. But the Festive Winter Gift Programme has helped to remind us of the incredible goodwill that exists within our school.

“Despite experiencing their own challenges, our pupils, parents and staff have all risen to the call to help others who are facing significant hardship.

“We are grateful to everyone who has contributed to the success of this project and for helping to make a difference to people in need.”